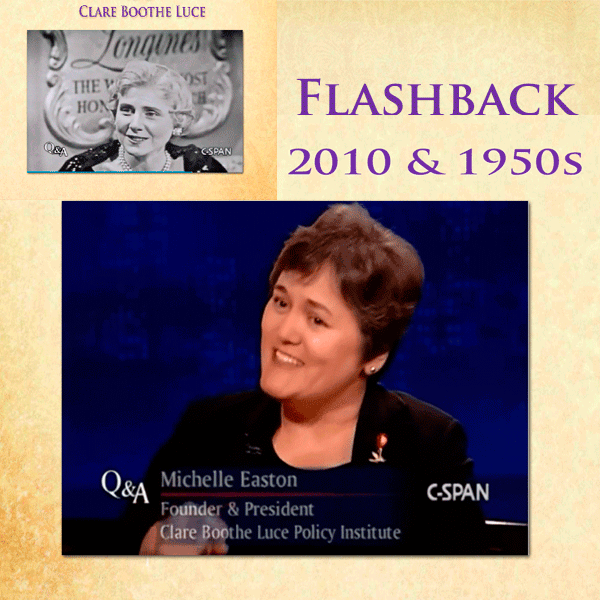 In 2010, CSPAN BookTV interviewed Michelle Easton, president of the Clare Boothe Luce Policy Institute. The hour-long interview – conducted by CSPAN founder Brian Lamb and aired on March 4 – covered a variety of topics, including a discussion of Clare Boothe Luce, the namesake of the organization founded by Michelle in 1993.

Mr. Lamb introduces a short film of a 1950s television news interview of Ambassador Luce. In that film, CBS News interviewer Larry LeSueur repeats the conventional wisdom of the era that diplomacy is a man’s domain.  He asks Mrs. Luce,

“You feel that a woman can negotiate … can maneuver with European politicians as well as a man can?”

“You want to know whether a woman can negotiate and maneuver?” replies Mrs. Luce with a smile.  “Do ask Mrs. LeSueur about that.”

Mr. Lamb’s full interview of Michelle Easton can be viewed at the CSPAN BookTV website: https://www.c-span.org/video/?292384-1/qa-michelle-Easton