5 Women You Don’t Hear About in History Class 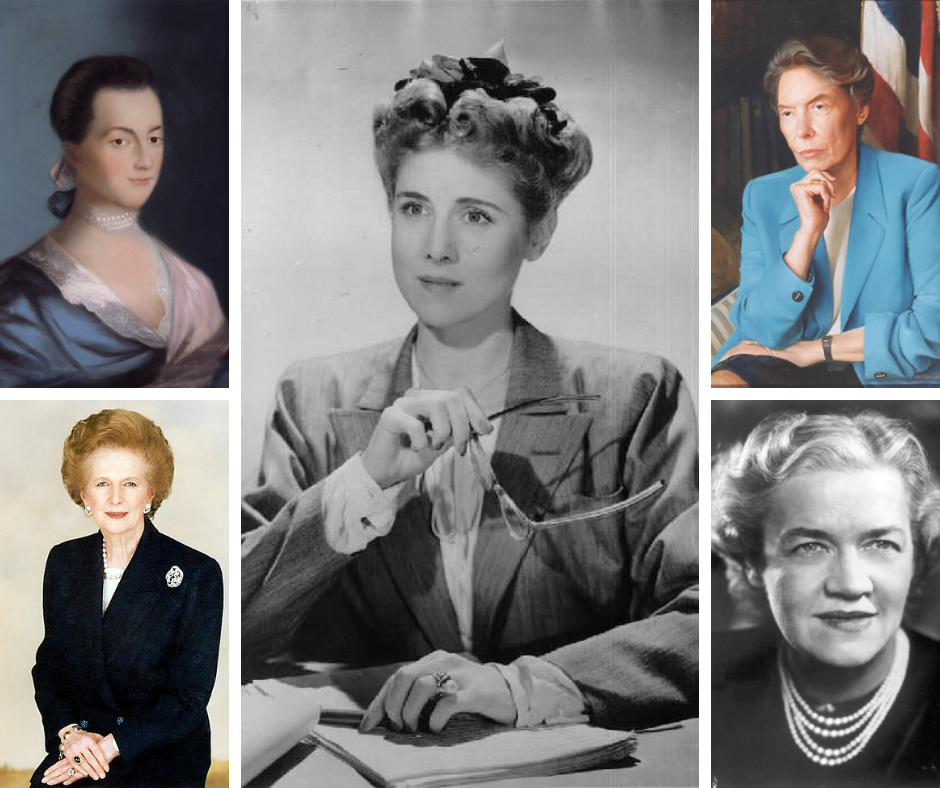 5 Women You Don’t Hear About in History Class

When you think of strong women, who comes to mind?

When asked this question, the typical answer for many is their own mother. Beyond that, many people struggle to recall the names of women from history they may have learned about briefly in elementary school. The sad reality is that we are not taught enough about the strong women who have helped shape our country into what it is today.

Behind every strong man is a strong woman. Yet many women stand on their own as well, forging a trailblazing path of their own. When young girls have strong women to look up to, they feel inspired, stronger, and more capable of pushing themselves to achieve their goals.

Most people learned about Susan B. Anthony and Rosa Parks as a child and their work was incredibly important for women and civil rights; however, I would like to pose another question to you all…

Have you heard of the five women listed below?

Clare Boothe Luce is the namesake of the Center for Conservative Women, but she also was a trailblazer in the political and publishing spheres. During Clare’s early career, she worked as an editor at both Vogue and Vanity Fair. After meeting in 1935, Clare married Henry Luce, the founder of Time, Life, and Fortune magazines. Luce was also a successful Broadway playwright, penning The Women, a comedy about women in Manhattan featuring an all-female cast. When the war in Europe began, she traveled overseas as a correspondent. In the 1940’s, Luce was an outspoken critic of FDR’s New Deal policies, paving her way into the hearts of conservatives. She eventually ran for Congress in Connecticut, winning a seat. After her time in Congress, she lost her daughter from her first marriage, but she continued to fight for the rights of Americans as the US Ambassador to Italy and Brazil.

Clare Boothe Luce was a woman of great integrity, strength, character, and beauty, and it is a tragedy many do not recognize her.  With so many astounding accomplishments and an incredible track record of supporting American values, she should be a household name, inspiring women and young girls across the country.

Abigail Adams was a loving wife and caring mother, as well as being deeply involved during the American Revolution. Adams was the wife of President John Adams and the mother of President John Quincy Adams.  While she spent most of her time at home raising her family, the correspondence between her and her husband was pivotal in her advocacy for women’s rights, the abolition of slavery, and the advancement of women’s educational opportunities.

Adams famously wrote to her husband to “remember the ladies” when making the important decisions in the Continental Congress because she knew that independence from Britain could lead to status change for women in American society.

Adams is an inspirational woman who should not be glossed over in history classes because of her devotion to her family and husband, while paving the way for the women who came after her.

Margaret Thatcher, sometimes referred to as the Iron Lady, was a member of the British Conservative Party. She was the first female Prime Minister in Great Britain winning three consecutive terms. During her time as Prime Minister, she helped turn the economy from centralized to more free-market.  She helped privatize many of Great Britain’s biggest industries through large corporations such as BP, Jaguar, and Rolls Royce. Her privatization efforts helped to open up the market as well as fight the spread of socialism in Great Britain. Thatcher was interested in politics from a young age, serving as the first female president of Oxford’s Conservative Association, and she advocated fiercely for individual freedom from the state.

Margaret Thatcher was a close ally of the Reagan administration. Her dedication to conservative values, her country, and her uncompromising nature make her worthy of study in our history classes.

After her time with the Reagan administration, she continued her work as a professor of political science while simultaneously serving as the chief foreign policy advisor for Senate Republicans. She has also worked with the American Enterprise Institute and helped found Empower America, a conservative policy organization.

As the first female UN ambassador, she paved the way for women today like Nikki Haley.

Margaret Chase Smith was the first woman to win a seat in the House as well as the Senate – her public service spanning nearly three decades.  Prior to her work on the national level, she was a teacher, telephone operator, office manager, and served her local community in Maine. When she ran in the 1940 Republican Special Primary to fill her husband’s seat, her platform was largely rooted in the desire for a strong military to help end World War II.

During her time as a legislator, Chase Smith spoke out against communism.  She was courageous, independent and a strong advocate for women who wanted to be involved in politics. She believed women should have a part in the decisions made by our federal government.  Chase Smith identified not only as a Republican, but as a woman, a United States Senator and an American. During her time in office, she advocated for the proper treatment of women on the Senate floor because men often behaved unprofessionally toward her.

Chase Smith’s dedication to women in government, as well as her dedication to the ideals of America, makes her worthy of more than a page in our history books.

Have you heard about any of these women? Were you aware of their incredible accomplishments that helped pave a path for women today? Take on the challenge to learn and remember the remarkable, yet often forgotten, women of our history.