A Lesson from ‘Unplanned’: Perseverance Can Change a Mind to Life 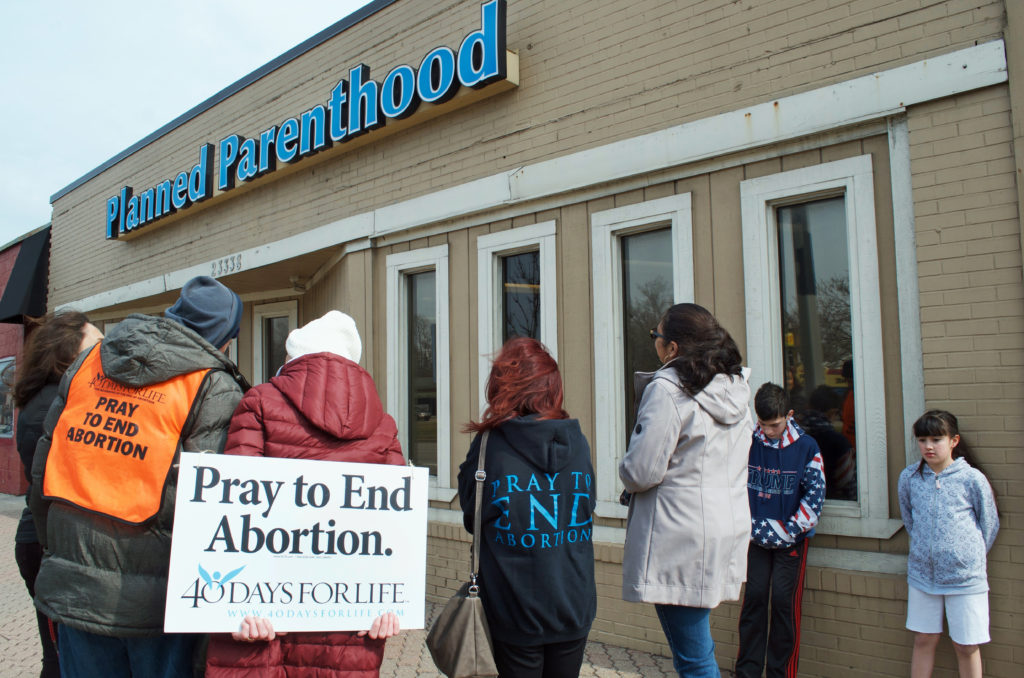 A Lesson from ‘Unplanned’: Perseverance Can Change a Mind to Life

While the United States is mixed on its view of abortion and the limits it should have, there is no doubt of the uniqueness of Abby Johnson’s story. Johnson has seen both sides of the pro-life/pro-choice debate, which she writes about in her book, Unplanned.

Unplanned tells her story; from her tumultuous first marriage in college, to her two abortion procedures, to her promotion to Director of Planned Parenthood in the Bryan, Texas affiliate, and finally to her change of heart as she watched a baby boy fight for his life during an ultra-sound guided abortion. Clichés aside, her story is messy. Unplanned truly does capture the nature of the internal battle she faced: is abortion right or wrong, at what point should it occur if at all, and am I making a colossal mistake in where I am choosing to work?

Unplanned makes clear what many pro-lifers already suspect: most of those working in the abortion industry have a genuine care and concern for women in crisis. The discrepancy lies in what they see as a solution to that crisis. What the pro-choice side sees a simple medical procedure, like the removal of a tumor, the pro-life side sees another heartbreak for an already broken mother. Johnson’s ability to empathize with both sides is what the pro-life movement desperately needs if it plans to get anywhere in saving the lives of the unborn.

Through her job, not only as a clinic director, but as a spokeswoman for the Bryan, TX affiliate of Planned Parenthood, Johnson was often confronted with her own hypocrisy. She had constant interaction with the sidewalk counselors of 40 Days for Life, and she knew they’d never been ones to cause trouble or do anything illegal. Her instructions from Planned Parenthood were to paint the pro-lifers as religious zealots who want nothing more than to control all women. Even Abby Johnson, as clinic director with many disagreements with the people at the fence, knew what she was told to say to the media was a complete mischaracterization.

In the book, Johnson goes through a period of defending her position using viability as her determining line, as is portrayed in many talks between herself and Doug, her supportive but pro-life husband. Abby explains that memos were sent out to help staff understand viability. Johnson was told to tell women their babies weren’t viable and couldn’t feel pain until 28 weeks into in the pregnancy. Johnson admitted she knew this information wasn’t truthful and that Planned Parenthood only told employees to say this, because abortion was only available at Planned Parenthood up to 28 weeks. Viability is one thing many people use to decide their position, but it is more significant in this book, because even Johnson, as clinic director, questioned her position.

Small, but powerful moments worked to change Abby Johnson. There was one in particular where Johnson remembers a nun in full habit standing outside her Planned Parenthood clinic praying. On this particular day, the heat was almost unbearable, but the nun stayed for the entire day. The nun cried as women came in to have abortions. She fell to her knees in prayer several times throughout the day as Johnson watched from her office window, and Johnson writes about the incredible weight she felt for this nun’s plight. She never spoke to the nun, but that day stuck with her and ultimately led her to leave the abortion industry.

Unplanned has the same potential to change the minds of people on abortion as the nun from Abby Johnson’s Planned Parenthood helped change her mind. These small instances that challenge people’s beliefs are what ultimately change the culture. This book is a must read for the young, especially college-aged women. Planned Parenthood targets these women heavily on college campuses, so it is extremely important that conservatives and pro-lifers counter this indoctrination and share the consequences of abortion and the triumphs of choosing life.