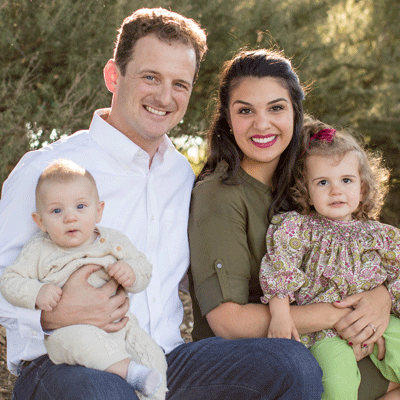 When I began at the University of Virginia in 2007, I was unprepared for the Leftist ideology that would dominate my education. As a Christian, conservative woman I was desperate to find community and support at UVA. I was unable to find that support from my female professors or many of the more popular women’s groups, such as the campus Feminist group, FIFE (Feminism is for Everyone) or the Women’s Center. On a very rainy night, during my first year, I stumbled into a lecture hall where Clare Boothe Luce campus lecturer Bay Buchanan was speaking. I was overjoyed to hear her intelligent conservative ideas. What she shared didn’t match what I heard in my classrooms. She inspired me in a way none of my female professors did. At the end of her speech, she gave a charge to be bold voices for freedom, personal responsibility, the sanctity of life, and the many other American values I held dear. Bay told us that if we don’t speak out, we are denying our fellow students the opportunity to hear truth. Bay knew the power of conservative ideas and her words guided my time at UVA.

Hearing Bay at UVA was one of many experiences that led me to apply for a summer internship at Clare Boothe Luce. I had the most remarkable summer working alongside admirable conservative women who were dedicated to helping young women become conservative leaders on their college campuses. During my internship I had the privilege of introducing Bay Buchanan on CSPAN during the Capital Hill Forum; spoke on campus leader’s panel at the Young Women’s Luncheon at YAF’s National High School Leadership Conference; helped plan CWN luncheons featuring Anne McElhinney and Michele Bachmann; assisted on photo shoots with Kate Obenshain Keeler, Michelle Malkin, and Ann Coulter; attended YAF’s National Conservative Student Conference; conducted research and wrote an opinion piece that were published at HumanEvents.com! I returned to UVA in the fall prepared to be an activist. Following my internship, I worked closely with Clare Boothe Luce to bring conservative speakers and programs to the University. Our conservative group coordinated lectures with Dr. Miriam Grossman and Kate Obenshain Keeler and hosted events to counter the Vagina Monologues, environmentalists events, and other progressive initiatives on campus. It was empowering and exciting, but more importantly, it was life-changing. My internship at CBLPI was a gateway to the wider conservative world. The following summer, I served as a Sarah T. Hermann Intern Scholar at Young America’s Foundation. By the end of that summer, I knew I would pursue a career in the Conservative Movement. I wanted to help conservative students learn to become leaders on their campuses. I envisioned a life in DC, but the Lord had different plans. Upon graduation, I boarded a plane for Santa Barbara, California. I joined the YAF team as a development officer at the Reagan Ranch Center. For six years, I had the joy and privilege of working with patriotic, generous men and women all across the country. As a development officer, I connected donors with opportunities to support students’ efforts to boldly stand for conservative ideas on campus. In my position, I was able to introduce students and supporters to President Reagan’s beloved Rancho del Cielo. Walking in President Reagan’s footsteps at the Ranch was inspiring and an experience I will treasure my whole life. Caroline leading a tour of the Reagan Ranch

Moving to Santa Barbara was not only an excellent career move, but also a wonderful personal move. Shortly after arriving, I met that man who became my husband, Joey, who also served as a YAF intern during his college years. Together, we have two children, Virginia and Rushing. Becoming a mother 2.5 years ago fulfilled my deepest desire and made my greatest dream come true. Nothing gives me greater purpose than my children. I’m delighted to be raising our future conservative leaders! Welcoming my second child also came with a career shift. I now serve as the director of development for a pre-k through 12th grade Christian school. I love this school because the teachers partner with parents, rather than work against them, in training up faithful children. The curriculum is focused on many of the same values of Clare Boothe Luce and YAF. In this stage of motherhood, it is a great fit for me and I feel that I can continue to make a positive difference in the lives of young people, much like I did working in the Conservative Movement. I trust that one day, the Lord will call me back the Conservative Movement, but I know he has me here during this wonderful season of motherhood to serve a very important mission.

When I think back on my experience, I am most grateful that Clare Boothe Luce taught me that I can make a difference no matter my age, gender, or career. I’ve always carried 1 Timothy 4:12 on my heart:

Don’t let anyone look down on you because you are young, but set an example for the believers in speech, in conduct, in love, in faith and in purity.

My involvement with Clare Boothe Luce helped me realize that being young didn’t preclude me from making an impact. Perhaps I won’t ever be in a positon of national influence, but by bravely sharing truth in my classroom, my dorm room, my office, at mom’s group, at church and at my dinner table the Lord will use me to influence and inspire others. Ronald Reagan said that the future belongs to the brave, and because of Clare Boothe Luce I am brave in ways I never thought possible.