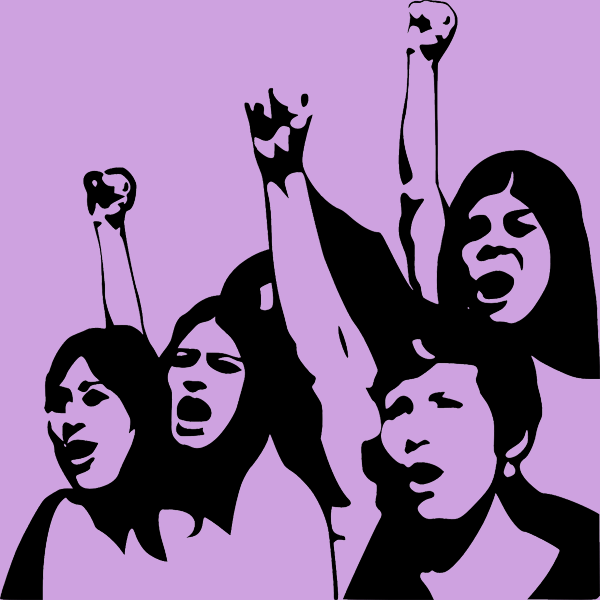 CATO’s 2017 Free Speech and Tolerance Survey reveals how liberals have made the public conversation toxic for everyone but themselves.

Under the headline, “Poll: 71% of Americans Say Political Correctness Has Silenced Discussions Society Needs to Have, 58% Have Political Views They’re Afraid to Share,” CATO’s national poll of 2,300 U.S. adults offers interesting insights into bullying liberals, free speech confusion, and microagressions.  It suggests conservatives and moderates need a better strategy – along with the courage to implement it – to combat the liberals’ hostile takeover of the public debate.

There is no doubt that liberalism permeates the academic and social life on college campuses, and that “political correctness” (PC) is a euphemism for a radical liberal worldview.

In the larger post-school culture, though, more Americans (36%) call themselves conservative than liberal (25%), according to a Gallup poll released early 2017.  It is surprising, then, to see the extent to which post-school conservatives off campus are caving to the liberal PC madness by practicing self-censorship of their political beliefs. 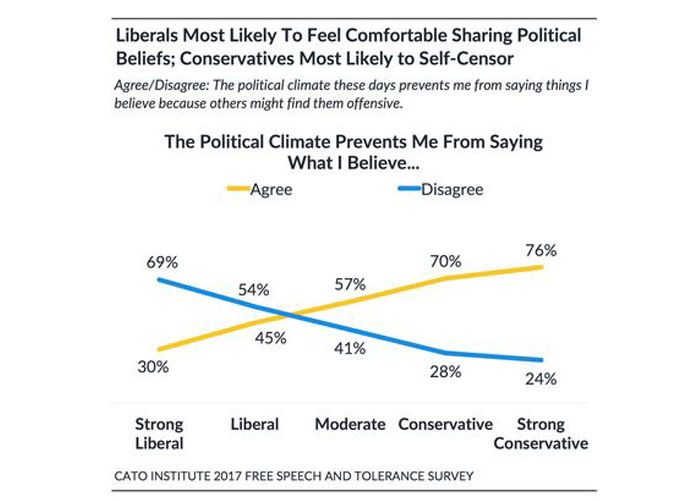 Why are conservatives self-censoring?

Perhaps it’s because our passive tolerance of the liberal PC madness on campus has yielded a new form of violent liberal bullying both on and off campus.

Stopbullying.gov defines bullying as repetitious “unwanted, aggressive behavior among school age children that involves a real or perceived power balance … to control or harm others.” Bullying can be inflicted verbally, socially, or physically.

We’ve witnessed all three types of liberal bullying in the past year: out of control liberal campus protests and unchallenged Antifa and BLM riots.  It seems to take the unforgiveable, such as the shooting of U.S. House Republican Majority Whip Steve Scalise (R-LA), to motivate us to respond with any determination. That’s the good news. The bad news is that “40% think government should prevent hate speech,” although they “can’t agree what speech is hateful, offensive, or simply a political opinion.”

One of the more ironic items in the CATO survey report is the finding that “people of color don’t find most microagressions offensive.”

The survey finds that many microaggressions colleges and universities advise faculty and students to avoid aren’t considered offensive by most people of color. The percentage of African Americans and Latinos who say these microaggressions are not offensive are as follows:

So who are college and administrator listening to?

There is much, much more in CATO’s survey worth pondering, so check it out.

Give some thought, too, to liberal bullying and what you can do about it. It won’t stop on its own.  Bullying in all its forms must be understood, exposed and confronted, per the stopbullying.gov website.   Stopping it requires a consistent and appropriate response from officials on campuses and in the streets, as well as individuals like you and me.

Self-censoring isn’t an appropriate response.  If conservatives and moderates continue to self-censor, we will contribute to the death of Free Speech by default, and become enablers to a particularly toxic form of liberal bullying.  That would be as morally unacceptable as any hate speech.