Fixing Our Economy: A Guide for Today’s Debates 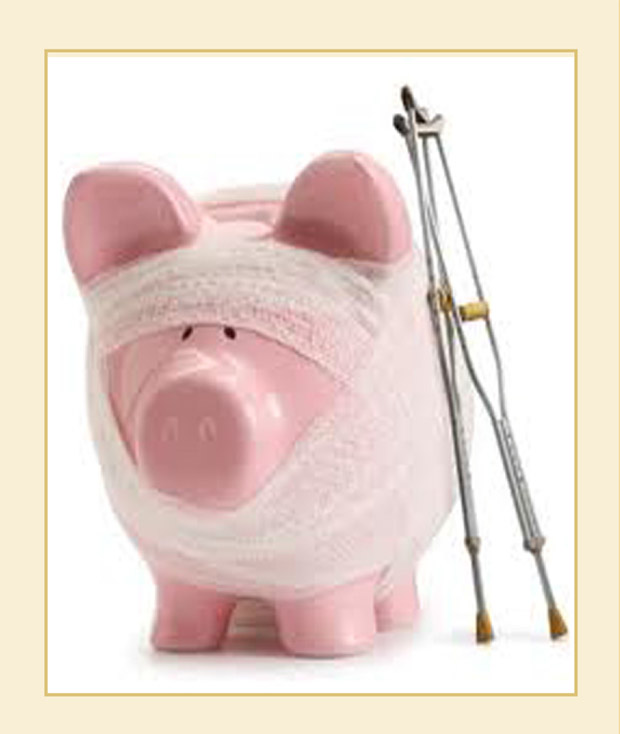 Fixing Our Economy: A Guide for Today’s Debates

At the end of a long, hard review, they agree to spend $186 less next year than they had originally planned to spend. Additionally, they promise that they will spend less later on.

While their decisions might sound ludicrous to you, it is basically the deal that passed the U.S. Congress, U.S. Senate and was signed by the president in the August 2011 federal debt ceiling deal.

To understand the deal, break it down into smaller quantities. The following are the dollar amounts per household:

Many of our federal policymakers are deluding themselves as badly as the family in the example. Federal lawmakers have authorized budgetary deficits continuously for more than a decade. As a result, the U.S. now has a national debt of over $14.7 trillion.

How Did We Get to This?

The debt has been accruing for decades, although its size has taken crisis proportions only recently. Note that as recently as the late 1990s, when the Gingrich-led House was balancing federal budgets, the debt per household was actually declining. In the wake of September 11, 2001, the U.S. added new national security measures and engaged in two wars. The nation has also endured a housing collapse, followed by an economic recession that left millions of people unemployed or underemployed.

The unemployment rate represents the percentage of people who are actively looking for work, but are not employed. The U.S. unemployment rate for August 2011 was 9.1 percent (14.0 million people). Another 8.8 million persons were employed part-time, but would have liked to be employed full-time. A third group of 2.6 million unemployed persons had not looked for a job in the past 12 months, so they don't count in the "official" unemployment figure. Combined, 25.4 million Americans were unemployed, underemployed or discouraged from seeking employment at the end of July 2011.

The unemployed represent a huge untapped resource to the nation's Gross Domestic Product (GDP) as well as the U.S. Treasury, which would expect to receive income from those individuals, if they were employed, in the form of taxes.

Where Do We Go From Here?

Because of the effects of recessions on individuals, the government often intervenes to try to lessen their effects and to help the economy grow. Some believe that it is best to stimulate the economy through lower taxes, less regulation and more exports. Others believe that there should be an increase in government spending in times of a recession to ensure that demand does not fall.

In the most simplistic view, the first approach encourages more economic activity, which leads to more goods and services being created. This results in a bigger pie for all to enjoy (and, not incidentally, larger revenues coming in to government).

The second approach focuses on making sure there is enough money still being circulated to buy the goods and services being produced. This results in changing the size of the slices of the same-size pie. Nothing new is created, but what is being produced is bought.

These public policy approaches are at the center of the bitter debate raging in Washington DC today. To be an informed participant in that debate (and we should, since policymakers' decisions will have profound effect on us all for years to come), we need a grasp of basic economics.

A Matter of Basic Economics

Economics is the area where people's actions (both individually and collectively) and money meet. In the simplest terms, people work, they are paid. Businesses make a product, they get paid. The government taxes people and companies, the government gets paid.

The underlying fundamental belief in economics is that actions involve choices. Because there are limited funds and limited time, there are limits to what can be done. In traditional economic theory, people (and therefore companies) tend to take actions that result in the most benefit for the time or the money spent. How should I spend my time to earn money? How should I spend the money that I earn? Basic economics assumes that people make rational choices to get the highest utility or value.

There are three types of economics that are most widely referenced: macroeconomics, microeconomics, and international economics (see sidebar). Often, the discussion does not mention which type of economics is being discussed, but determining the underlying category makes it easier to understand and interpret the information.

Microeconomics—On the microeconomic level, which deals with individuals and firms, the theory seems simple: People work to earn money, and then they spend the money they earn. Companies invest capital in land, buildings, equipment and people to produce products and services. They then sell these products and services to individuals, businesses and government. With the money the companies earn from the sale of their products and services, they pay their employees, pay suppliers, pay the government taxes and repay the bank and/or their investors. If they have money left over, then they have managed to earn a profit.

This fundamental framework of microeconomics becomes more complicated as financial and regulatory/tax structures are layered over the basic foundation.

Financial Framework—Houses can be bought with mortgages; second or third mortgages can be taken out for renovations, cars or even credit cards. Cars can be driven off the dealer's lot with cash, loans or leases. Furniture can be taken home with no down payment and no payment at all for month or years. Credit cards can be used for cash advances.

This overlying financial framework, designed to provide ease in transactions and allow more people to participate in home ownership, the luxury car market or the you-name-it market, works only if participants meet their obligations, i.e., if they pay off their agreed-upon debt at some point in the future. Financial institutions plan for some level of default, or non payment, but if those plans underestimate the real loss, then the finance company loses money and risks going out of business, as happened during the recent housing collapse.

Taxes provide another layer of complexity. Various governments provide tax incentives to attract companies to set up shop in their country, state, or city. Certain industries are provided tax incentives (i.e., pay less in taxes) for a particular product whose use the government chooses to encourage. Ethanol is one example.

Macroeconomics—Macroeconomics involves the relationships and outcome at the aggregate level (all entities added together in one country). It covers what happens to all consumers, all companies and all workers. Players in the macroeconomic market include aggregate companies, people and government. Measurements of macroeconomic activity include Gross Domestic Product, aggregate unemployment and the inflation rate.

When trying to understand the public policy debate, it helps to be familiar with a few key terms.

Gross Domestic Product (GDP) is the measurement of the market value of goods and services produced in a country in one year. The 2010 U.S. gross domestic product was $14.5 trillion, according to the Bureau of Economic Analysis.

Under the U.S. Constitution, all appropriation bills (i.e., spending bills) must start in the House of Representatives. The Constitution does not require that the budget passed and signed into law be balanced. When the U.S. government spends more than it takes in, it either borrows the difference or prints additional money. This process is managed by the Federal Reserve (see sidebar). The Fed also makes sure that the United States has enough money to pay for the approved budget. In the case of deficit spending, the Fed borrows from investors on behalf of our government. It can then buy back the securities with money that it prints (don't you wish you could do this?).

What Citizens Can Do

Demand Balanced Budgets—The annual federal budget sets out the choices federal lawmakers have made in economic policies to guide the nation. Without it, individuals and businesses are left in a state of instability and uncertainty, and government agencies have little to guide their actions or their spending. Since the Senate and the President did not even consider the House's 2012 budget proposal, the U.S. government is currently operating without a budget through a process called continuing resolution.

The last time the Congress created and passed a balanced budget (i.e., spending less than revenue received) was in 2001. In that year, government revenue was $1.99 trillion and spending was $1.86 trillion, leaving a budget surplus of $128 billion. The U.S. Gross Domestic Product at that time was $10.2 trillion.

It is the obligation of the U.S. Congress to create the federal government budget each year. Legislation must be written and passed by the U. S. House of Representatives, passed by the U.S. Senate, and signed into law by the president. Citizens should demand these budgets be completed on time and balanced.

Insist on a Solid Foundation—Insist that regulatory rules, financial regulations and the tax code be made simple and kept stable. Businesses love stability (individuals do, too), and they need it to make rational long-term financial decisions. That means a:

Check Facts and Rhetoric—Be aware that a decline in the 'growth of spending' can still be an increase in total dollars spent. Just because someone says it's a 'cut in spending' does not make it so. (Remember our family example of a $186 'cut'.) Review the time frames of policies under consideration and be very skeptical of proposals that follow the line Wimpy promised in Popeye cartoons, "I'll gladly pay you Tuesday for a hamburger today." If progress is not made in the earliest years of a program, promises of future progress will never be kept.

America's people are resilient, and the nation's economy can be strong again if her citizens insist on balanced government budgets and stable economic policies from their leaders.

About the Author: Jackie Gingrich Cushman received her MBA from Georgia State University and holds the Chartered Financial Analyst designation. She is a nationally syndicated columnist for Creators Syndicate and the author of the book, “The Essential American” (Regnery, 2010) and “5 Principles for a Successful Life” (Crown Forum, 2009), which was co-authored with her father, Newt Gingrich.