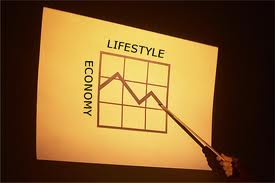 “Before families can understand how tax reform would help them, they need to know how the current tax system is hurting them,” writes Curtis S. Dubay in How Tax Reform Would Help American Families. He argues that that most families have no idea the damaging effects of the current progressive tax system, which are largely hidden from view.

Dubay catalogues the many problems in the progressive tax system, including (a) rates that are too high, that are too biased against saving and investment, and that wrongly pick winners and losers.

Showing how substituting the current investment/income tax system with a consumption tax system — i.e., the traditional flat tax, a consumed-income flat tax, a national retail sales tax, or a combination of these methods — would benefit families and the nation’s economy, Dubay concludes.

Clearly, all of these effects would substantially benefit families. According to the Tax Foundation, the economy could grow as much as 15 percent more over 10 years because of tax reform. After those 10 years, the average American family's wages would be almost 10 percent higher. That would mean an extra $5,000 in the pockets of families making $50,000 per year (roughly the median income in the U.S. today).

For those not familiar with how the current progressive tax system punishes work and investment — and pits neighbor against neighbor — here’s a short YouTube video by PragerUniversity that explains it rather well: