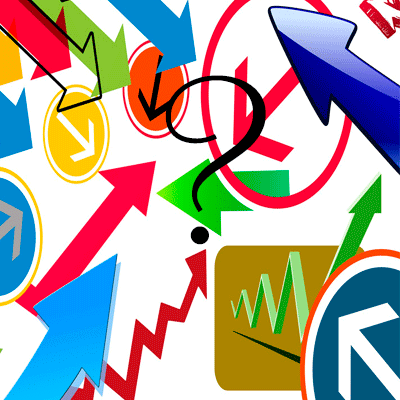 Previously, we highlighted Middlebury College’s crazy course, “White People,” offered this semester, but next semester, Middlebury will be offering even more ridiculous courses.  One of them is titled, “Beyond Intersectionality: Developing Anti-Racist and Anti-Capitalist Feminisms.”

Nearly thirty years ago, Kimberlé Crenshaw published the theory of ‘intersectionality,’ in which she argued that racism and sexism collide to make black women’s marginalization distinct from those of both white women and black men (1989). Today, the terms ‘intersectionality’ and ‘intersectional feminism’ are ubiquitous, utilized by scholars, activists, artists, and our students. In this course, we will consider how discourses of and ideas about intersectionality move between and among spaces of dissent. Starting from the position that it is more epistemologically and politically powerful to state that our feminism is anti-racist and anticapitalist than to say it is ‘intersectional,’ we will address the following questions: What are the benefits and limits of the original theory of intersectionality? How are academic and activist approaches alike both emboldened and limited by intersectionality? What does it mean to be socially and politically conscious, and how do we move from consciousness to action in ways that are not siloed?

The first problem with this course is that it not only teaches the idea of intersectionality, but it also teaches that feminism has to move beyond it. While at one point in American history, race and gender could have been used to determine how privileged or oppressed someone is, those factors are not indicative of privilege today now that all people, regardless of who they are, have equal opportunity.  All intersectional feminism does is divide people into groups based on these factors that really do not matter and tell them that they suffer from a certain level of oppression because of them.  This division is not helpful for anyone, especially when it is built on the lie that groups are underprivileged because of their gender or race.

The next problem is that this course teaches that feminism must be anti-capitalist if it wants to be powerful and effective. This is just nonsensical and offensive to women and minorities.  Under capitalism, women have the choice to pursue whatever career they want and are held to the same standards as men or anyone else.  Feminists, by their very definition, claim they want equality, so it would only make sense for them to be capitalists since they should want to have equal opportunities as men.  Perpetuating this idea that women will always be disadvantaged because of their gender is highly discouraging to women.  They will have no motivation to succeed if they are told their efforts will not make a difference due to the systematic sexism of capitalist societies.

If capitalist countries, such as the United States, are sexist, how would one explain the many women who have found success? Women should not be told the lie that they will always be disadvantaged because of sexism because it is not true.  Women will succeed in a capitalist society when they have the qualifications for the roles they seek, and government intervention (i.e. the gender quotas now enforced in California) used to give women special treatment because of their gender is just insulting.  Is it not offensive to tell women they cannot accomplish incredible feats, without help from the government, because of their gender?

Capitalism has proven to help oppressed individuals throughout its history. One example is the economic liberalization in India starting in 1991 that allowed opportunities for the “untouchables,” or those who were at the bottom of the caste system.  In Uttar Pradesh, a state in Northern India, the ownership of brick houses by the untouchables increased from 38 to 94 percent, the percent running their own businesses increased from 6 to 36.7 percent, and the number owning cell phones increased from 0 to one-third post-1991.  This happened when capitalism was introduced in India, creating more competition and opportunities for the untouchables and other lower castes.

The idea of intersectional feminism is already ridiculous enough, but Middlebury College’s “Beyond Intersectionality: Developing Anti-Racist and Anti-Capitalist Feminisms” course encourages students to be even more extreme and fight against capitalism as well. Feminism is supposed to be progressive, but fighting against capitalism is regressive and will hurt people of all groups.