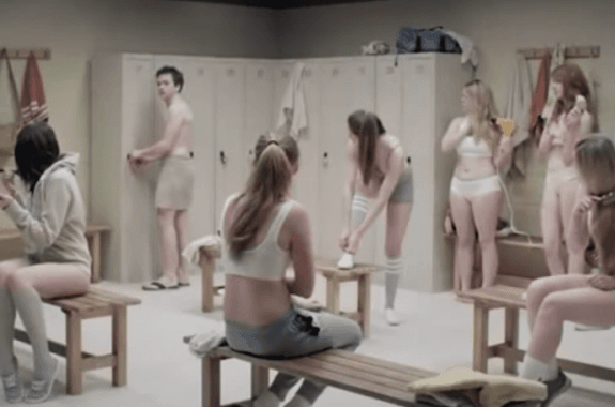 “A total of 24 states are challenging the Obama administration’s bathroom directive,” reports the Daily Signal, “in addition to the private lawsuits being brought by students and parents in different school districts across the country.”  We applaud them for defending children and young adults, particularly young women, forced to submit to Obama’s restroom use edict.

“Sex” and “gender” are quite different things.  According to the American Psychological Association (APA),

Sex is assigned at birth, refers to one’s biological status as either male or female, and is associated primarily with physical attributes such as chromosomes, hormone prevalence, and external and internal anatomy.

Gender refers to the socially constructed roles, behaviors, activities, and attributes that a given society considers appropriate for boys and men or girls and women. These influence the ways that people act, interact, and feel about themselves. While aspects of biological sex are similar across different cultures, aspects of gender may differ.

“Sex,” they note, can be confirmed by science.

The fact that children are (with a few exceptions of intersex individuals) born either biologically male or female is beyond debate.

“Gender” cannot be confirmed by science.  “Gender Identity” is an elusive, subjective, relatively recent social concept that is neither consistently- nor well-defined.  Contrary to popular claims, the authors write,

The hypothesis that gender identity is an innate, fixed property of human beings that is independent of biological sex—that a person might be “a man trapped in a woman’s body” or “a woman trapped in a man’s body”—is not supported by scientific evidence.

If Obama’s order stands, it will render the Title IX law meaningless and a legal absurdity, as Ed Whelan explains at National Review.

Beyond the legal consequences, where is the human compassion in Obama’s edict?  Have federal officials never set foot inside a middle or high school?  Do they not know that these years in human development are overwhelmed with anxiety, uncertainty, and confusion about … well, everything?

Before the federal edict, an estimated 0.6% of the student population – the transgender students – suffered anxiety, nervousness, uncertainty and discomfort when using school restrooms, locker rooms and showers.

But the Obama edict radically alters the environment for the remaining 99.4% student population who identify with their biological sex.  They have now been forced to endure conditions that make them just as anxious, confused, and uncomfortable as transgender students.

The situation is worsened by the inclination of middle and high schoolers to act up and behave badly.  One lawsuit describes the environment that greeted Minnesota students under the federal edict:

According to the complaint, a transgender student in Duluth, Minnesota, was allowed to enter the girls’ locker room and would dance “in a sexually explicit manner—‘twerking,’ ‘grinding,’ and dancing like he was on a ‘stripper pole’ to songs with explicit lyrics, including ‘Milkshake’ by Kelis.”

“On another occasion,” the complaint noted, “a female student saw the male student lift his dress to reveal his underwear while ‘grinding’ to the music.”

Judges and federal officials could have devised a compassionate, intelligent policy if that had been their objective.

There is no shortage of restrooms in public schools.  Federal officials could have accommodated transgender students by requiring schools to designate one restroom in the building marked “Unisex” for all-sex-use, while maintaining the remaining restrooms biologically sex-specific.

One public high school teacher told us she had, in fact, suggested to her principal that he dedicate one of the three faculty restrooms to transgender students.  She learned that high school girls, after repeatedly finding boys in the girls’ room, stopped using the school facilities altogether.  They preferred the bodily discomfort of waiting to use the facilities at home to the emotional discomfort of encountering having males in the school restroom.  While the principal agreed with the logic of the teacher’s suggestion, he felt he did not have the authority to implement her common sense solution in the face of the federal order.

Obama’s order is not accommodation of a minority.  It is a tyrannical government command that utterly fails both the minority and majority student populations.

Contrast the irrational government response to the intelligent response of Target stores.  The Target Corporation originally chose to allow transgender individuals to choose the restroom corresponding to their gender identity.  Following customer protests, Target has now decided to add single-occupancy unisex restrooms at every store that doesn’t currently have one and restore multi-use restrooms for the specific biological sexes.

The two Obama-appointed judges who started the nation on this path – and the Obama bureaucrats who issued the nation-wide order – have demonstrated an utter contempt for children and young adults by treating them as pawns in their bizarre political game.

For the sake of all students, we applaud the states and individuals who are legally challenging this order.  We wish them every success.