A recent poll suggests gay activists may be winning legal and media battles while losing the broader public opinion war.

“The Democratic Party has launched a furious assault on Indiana’s Religious Freedom Restoration Act, but it appears most Americans support what the Indiana law intends to do, according to a Marist poll that predates the recent outrage,” writes Blake Neff at the Daily Caller.

The poll, conducted from Feb. 25 through March 1, found that 54 percent of American adults believe in providing religious exemptions to individuals and organizations “even when it conflicts with government law,” and 65 percent specifically oppose penalities or fines for businesses that refuse to provide services for gay weddings.

Support for religious liberty cuts across all age groups: 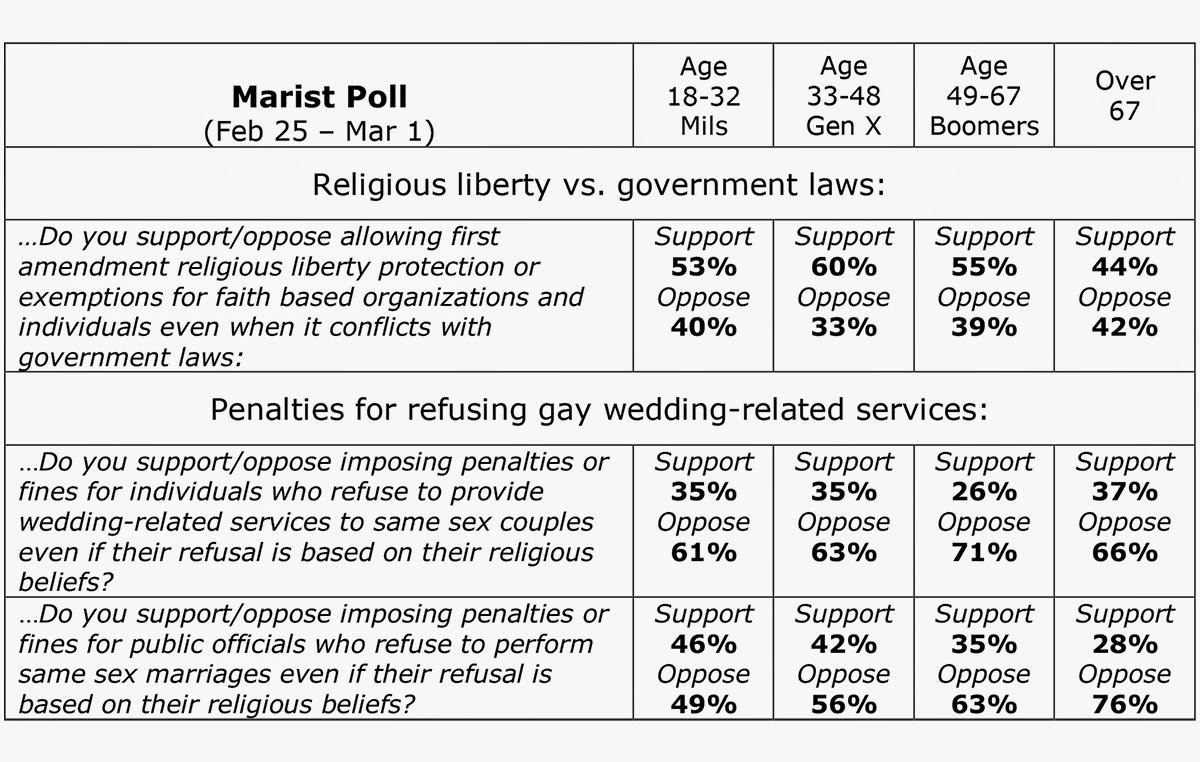