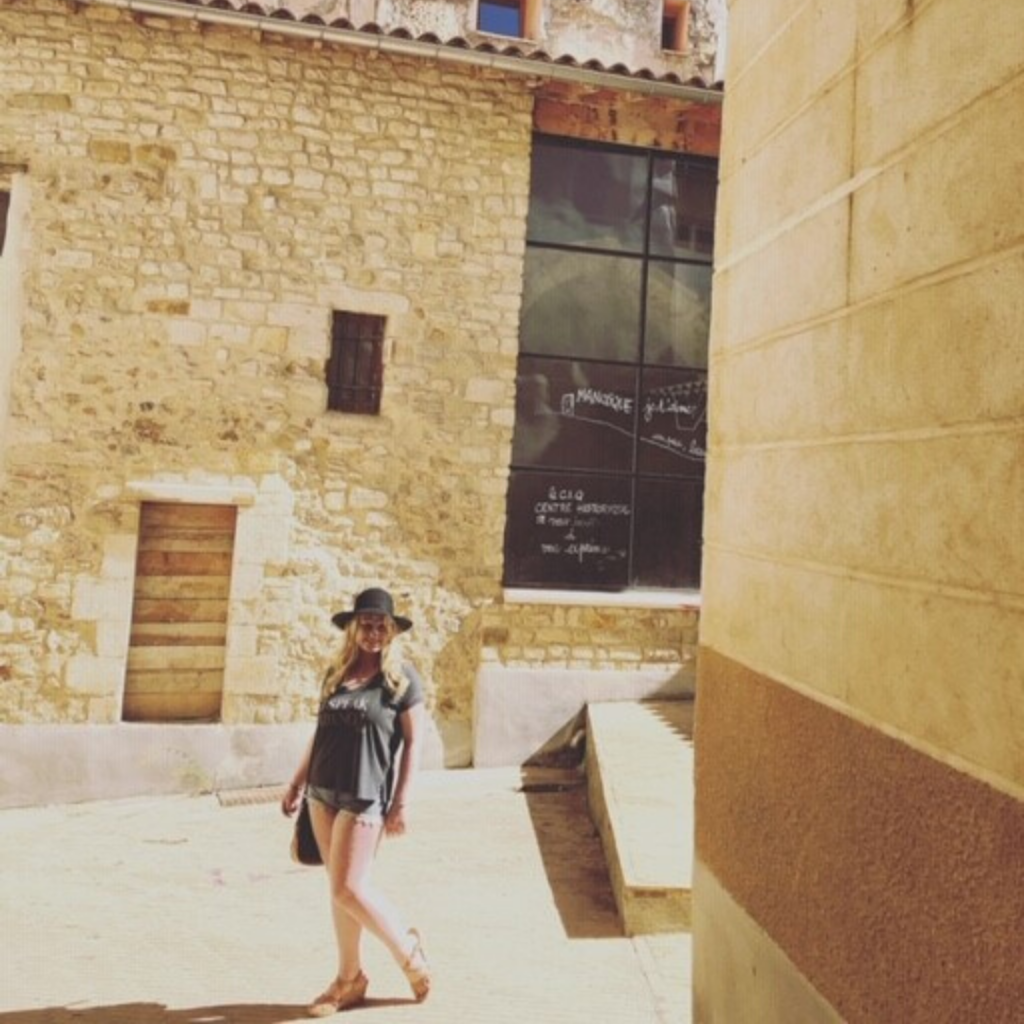 Like any little girl, I always dreamed of jetting off to Paris someday. Between the fashion, food, and history, France is an amazing country to visit. So, when I got the opportunity to work as an English teacher for 7 months, I jumped at the chance.

After graduating from college, I decided to take a year off and head to France. Through the Teaching Assistant Program in France (TAPIF), I was assigned a part-time job in a french public school, issued a work visa, and enrolled in the French national healthcare system.

My healthcare coverage in the United States wasn’t great, and I’ll admit, our system has its problems. But going from a U.S. job offering an insurance plan for $80 a month, to paying €200 ($220) a month in taxes out of my €980 ($1,078) monthly salary was a big shock. However, this cost was necessary to become enrolled in France’s Sécurité Sociale program and receive healthcare. It was also encouraged to pay an additional €20 ($22) a month for a “mutuelle” plan that would provide additional coverage. But only living on €980, I would have €760 ($836) left for the entire month, placing me well below France’s poverty line.

Surrounded by elementary schoolers each day, I got sick my second week of work. However, I still hadn’t received any information regarding my health insurance. I was living in a rural town without any doctors or urgent care facilities, something known in France as a medical desert, and after three days of a horrible fever, I wound up walking several blocks to the nearest hospital.

Surprisingly, I didn’t need to wait long to request an appointment. When asked about my healthcare insurance, I explained that I had insurance through my job, but didn’t have any information yet. I provided them with my information and offered my U.S. insurance card which was still active. They handed me a form to give to the doctor with, “NOT INSURED,” in a large box under my name I wasn’t told how I would be billed, or how much my visit would cost, but I needed help so I moved forward with the appointment.

I waited an hour, then was called in to see a nurse, then sent to another waiting area where I was invited into the doctor’s office. I was shocked when my doctor didn’t use gloves and used her phone flashlight to peer down my throat. She tested me for strep throat, which came back positive, and prescribed me antibiotics. I journeyed home with my prescription, but with no way of getting to the pharmacy over two miles away. I ended up asking my landlord for a ride since she was the only person I knew in town.

Because I still didn’t have my French insurance card, I had to paid the full price for the antibiotics. The cost came to about €45 ($50), which was difficult for me to afford. I went home to rest and immediately start using the antibiotics. Unfortunately, I continued to throw up from the fever and couldn’t keep any food down. After two days, I went back to the hospital.

I described to the desk clerk how I’d been throwing up for days and she sent me to a different area of the hospital. I was led into a large room with several other patients in beds just feet from mine. I was handed a gown and asked to change in front of everyone. I missed my privacy and had to ask three nurses before I found a bathroom.

I laid in a bed where the nurse inserted an IV. After I received fluids, the doctor came in to check on me. I explained my symptoms and told her that when I had strep throat back home in America, the doctor gave me an antibiotic shot that had quickly cured my fever and hastened my recovery time. She said she would only give me the shot if I continued to have trouble keeping the antibiotics down. To test this, I was given my next dose of antibiotics. During this time, the nurses unhooked my IV but didn’t take the needle out, so I had a stray needle protruding from my arm. It started to hurt, so I asked several nurses if they could remove it, but they shook their heads and kept walking. I finally called one over, but she explained they were going to keep it in until the doctor cleared me. That way, in case I needed any more fluids, they wouldn’t waste another needle. After 2 hours, the doctor finally came back, took the needle out, and sent me home with another prescription. €45 ($50) later, I went home again to try and recover.

Days later, I sat in a local bakery to watch the news. Flashed across the screen were huge crowds congregating in the streets of Paris. It was reported that thousands of hospital workers chose to protest the latest budget cuts by the government. France’s public hospitals were broken, and budgets had been so severely slashed over the past few years that workers could no longer provide necessary care and safe conditions for patients. I thought to myself, this explains the needle problem, and the doctors without gloves using their phone flashlights.

When I returned to work, I had a new problem to deal with. Because healthcare is state-run in France, employees don’t have the benefit of paid sick days – a benefit usually offered by employers in the United States. Therefore, all salaried workers in France may only be compensated for their sick days if they acquire a special government form, otherwise known as an “Arrêt de travail.” If a sick employee doesn’t get one, their absence is considered “unjustified.” To make matters more complicated, if an employee turns in their arret de travail to their employer, their pay will still be docked for the days they missed. If their arret de travail shows they were off for more than three consecutive days, social security will reimburse them at only half the rate of their regular salary.

Several months later, I received a bill in the mail from my two hospital visits totaling €55 ($60). It certainly didn’t compare to the thousands of dollars the uninsured pay in the United States, but after missing several days’ worth of pay, plus paying for prescriptions, I couldn’t afford to be sick again. The claim that, under universal healthcare, one can show up to a hospital and never be billed, is simply untrue.

Nearing the end of my time in France, I got sick again. However, this time I found a regular doctor to visit in a nearby city. At this point, I still had not received my “carte vitale,” or insurance card, from the government. I received my French social security number, but it was useless without my carte vitale. The doctor charged me €25 ($27), but gave me a form to mail to Paris for a reimbursement from the social security office. After weeks of waiting, it became clear that reimbursements in France are not reliable and can arrive anytime between a few weeks, to several months, to never.

To offer more context about France’s healthcare system, a medical specialist generally costs €50 ($55) or more per visit and requires a referral. A standard dentist appointment without any procedures costs about €40 ($44), and an OBGYN is considered a specialist but only costs €25 ($27) and doesn’t require a referral. In theory, it’s easy to access an OBGYN for a standard checkup. But many Americans often mistakenly assume that contraceptives and STD testing, therefore, are easily accessible in France too. But, in small towns like mine, there are no OBGYN doctors, and it is difficult to schedule an appointment since they are always overbooked. Also, while €25 ($27) is the standard price for a primary care doctor, doctors are allowed to charge more, so costs are almost always inflated.

Bottom line, while universal healthcare seems like an easy solution, it’s still not affordable for those living at or below the poverty line. Transitioning to a universal healthcare system in the United States would sacrifice the quality and services of everyone’s healthcare, and still fail to serve the very people it tries to help. It would be a tremendous tax burden to people at all income levels and create a colossal mess of government disorganization, skyrocketing costs, and dysfunctional facilities. Would you rather have your doctor worrying about how many needles they’re using, or worrying about your health?

About the Author: Sierra Knoch

Sierra is a 21 year old travel and fashion blogger from California who frequently watches our Conservative Women’s Network videos and follows us on social media. She has a degree in Communication from LMU. Her work has been published in places like E! News, HerCampus media, Hollywood Glam magazine, and more. If you are interested in reading more from Sierra, follow her blog https://cerisesdumatin.blogspot.com/.