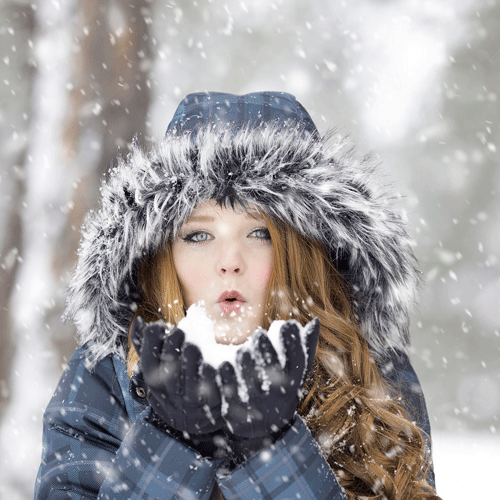 How cold was it during the brutal polar vortex of January 2019? Mt. Carroll, Illinois, reported 38 degrees below zero, which could be a new record, according to AccuWeather:

Temperatures plummeted under 20 below zero F from North Dakota to northern Illinois during the morning hours of both Wednesday and Thursday.

That the polar vortex coincided with the unveiling of the Green New Deal was thought-provoking, especially since the GND plans to eliminate – within 10 years – oil, gas, coal, and nuclear heating fuels, as well as gas-powered vehicles.

CountryLiving compiled a series of photos to show the cold if you have a few minutes to take a look.

The photo that caught our attention, though, was one posted at the Powerline blog (below). Powerline commentators live in Minnesota, and they keep their readers informed on the climate change debate among many other issues.  If you don’t know them, check them out.

In a post entitled “The Trouble with Solar,” John Hinderaker writes:

A friend took this photo and wrote:

I was up in Ramsey [Minnesota] picking up my camper, and next door is this fantastic $30,000,000 brand-new solar installation.

Doesn’t look like they’re making much electricity today, but it sure is going to make for good union jobs clearing the snow off these things.

Do they try to clear the snow off? I don’t know. It would be a massive undertaking and would add to the absurd inefficiency of solar power.

Another post entitled “Electric Vehicles? Don’t Get ‘Em Cold!” should make every reader give thanks for gasoline-powered cars:

Are electric vehicles the wave of the future, or expensive toys? This shocking news story — shocking if you live in the North, anyway–suggests the latter.

Many owners discovered the range limitations last week when much of the country was in the grips of a polar vortex. Owners of vehicles made by manufacturers including Tesla, the top-selling electric vehicle company in the U.S., complained on social media about reduced range and frozen door handles during the cold snap.

Frozen door handles are an annoyance not unique to electric cars, but reduced range can be life-threatening.

At 20 degrees, the average driving range fell by 12 percent when the car’s cabin heater was not used. When the heater was turned on, the range dropped by 41 percent, AAA said.

What in the world do Green New Deal proponents have against people living in cold northern climates?