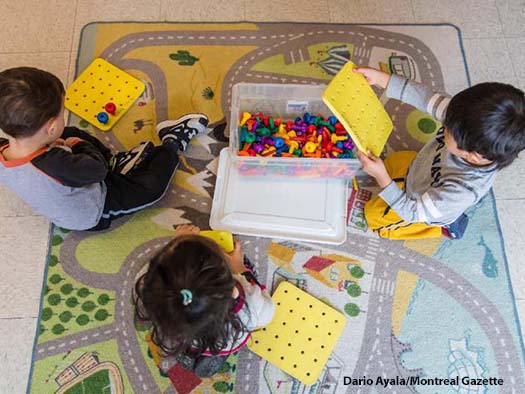 As liberals begin their national promotion for universal childcare – their next Obamacare-style big government policy proposal – a group of university researchers released a study on outcomes of the largest government-organized universal child care program in North America. It's not good news for children.

Quebec, Canada, implemented universal child care in the late 1990s, and 75% of the province's children age 1-4 participated. A decade and a half later, researchers found "striking evidence" that the $2.2 billion program resulted in higher crime rates, particularly among boys, with little impact on math, science and reading abilities.

In a paper released Monday, a group of university researchers say that children exposed to the province's child-care system were more likely to have higher crime rates, worse health and lower levels of life satisfaction as they have aged than their counterparts in other provinces who didn't have access to the same type of system. [snip]

[Researchers found] "striking evidence" that exposure to the program was associated with higher crime rates, with the effects most acutely seen in boys. Boys were more likely to have higher levels of hyperactivity and aggression, the researchers wrote, while girls showed declines in prosocial behaviour, which captures many altruistic activities like donating and volunteering. All of those behaviours fall under the heading of "non-cognitive" abilities, such as impulsiveness and emotional stability.

Exposure to the program was also associated with "worsened health and life satisfaction," the study says.