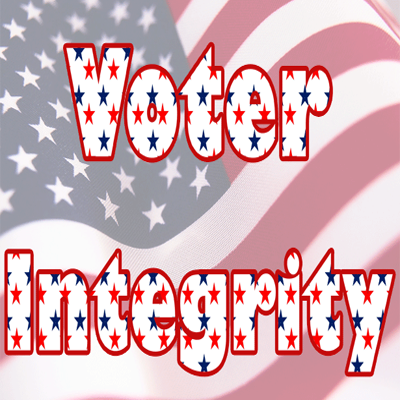 The Left argues that voter fraud is a myth.  The Right argues otherwise, producing documented cases where voter fraud in federal elections – i.e., dead people voting, voters casting more than one ballot, non-citizens voting, etc. – “is all too real.”  The latest highlights a North Carolina state study that identified 508 people who voted illegally in the 2016 presidential election.  After years of dispute, a new Presidential Commission to study election integrity should provide definitive answers to resolve the matter.  Both sides should welcome it.

Chaired by Vice President Mike Pence, the 15-member Commission will draw upon the expertise of individuals “with knowledge and experience in elections, election management, election fraud detection, and voter integrity efforts.”

Their task will be to study “the registration and voting processes used in Federal elections” and submit a report that identifies the following:

(a) those laws, rules, policies, activities, strategies, and practices that enhance the American people’s confidence in the integrity of the voting processes used in Federal elections;

(b) those laws, rules, policies, activities, strategies, and practices that undermine the American people’s confidence in the integrity of the voting processes used in Federal elections; and

Such a study is long overdue. State laws and rules governing registration and voting vary widely, ranging from strict to lax oversight.  Some states, for example, require photo identification in order for individuals to register to vote and/or cast a vote.  Others do not.

The 1993 National Voter Registration Act (NVRA), or “Motor Voter” law, added a layer of federal rules that made it easier for states to register voters. Today in Oregon and California. for example, any person applying for a driver’s license – including a non-citizen – is automatically registered to vote unless he or she checks a box to “opt out” of voter registration.

But the Motor Voter law also made it harder for states to maintain clean, reliable and accurate voter registration records, as Jay Christian Adams, founder of the Virginia-based Election Law Center, points out:

American voter rolls are polluted by millions of ineligible and invalid registrations because interest groups advocating for only one side of the 1993 compromise, as well as the Justice Department, have been active in using the NVRA to litigate against those who are pursuing efforts to ensure election integrity. It is long past time for the NVRA’s provisions that are intended to guarantee accurate voter registration rolls to be enforced with equal rigor.

The Commission offers a much-needed chance to review and evaluate the laws and rules governing federal election participation. It should be welcomed by both sides of the political aisle.

The Success of the Voter Fraud Myth, Editorial Board, New York Times

No, Voter Fraud Isn’t a Myth: 10 Cases Where It’s All Too Real, Kelly Riddell, Washington Times

Why the Electoral College Matters, CBLPI